Planned Spontaneity: What A Cappella Taught Me About Entrepreneurship

I just returned from a weekend at my alma mater, Colgate University, where I celebrated the 20th anniversary of The Resolutions, the co-ed a cappella group I founded there with two friends in 1992. Like most entrepreneurs, we had no idea what we were starting – we just saw a need and jumped headfirst into creating an alternative to the all-male and all-female groups that had dominated the a cappella scene on campus for most of the century. At the time, we didn’t think we were doing anything particularly special, but I found out this weekend that we started something really amazing.

As a current entrepreneur faced with the challenges of building a sustainable business, I found myself reflecting on what we had (accidentally) done right all those years ago that allowed the group to survive and thrive after only two years of founder participation.

After a lot of thought on the 12-hour ride back to Michigan, I realized that our approach to starting and running the group was similar to the approach we took to the music itself, and the same themes could be applied to entrepreneurship:

In both a cappella and entrepreneurship, I’ve realized that you have to practice Planned Spontaneity. With a solid plan and a little bit of creativity, you can build a lasting organization and make beautiful music together. 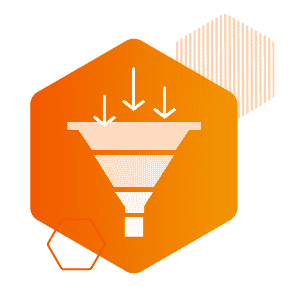 The key to understanding
your sales funnel.
read the guide